This is a summary of a trade idea in Silver  that I shared with my Exclusive Club members. That is where I use Elliott Wave Analysis to identify  low-risk trades in the short term.  I thought that you could benefit by seeing a good Elliott wave approach to trade in Silver in the short term. This is also included in my online Elliott Wave program as the latest case study.

When I looked at the intraday charts of Silver ( XAG/USD ), I found a consolidation that looked like a wave 4. So I went to a recent significant low and started counting as shown below. You will remember from my Elliott Wave book “Five Waves to Financial Freedom: Learn Elliott Wave Analysis” that a significant low depends on your trading time frame. If you are a medium-term investor in Silver, the significant low will be different because you will be trading a different degree. In the present case, we are looking at a short-term trade and hence the hourly charts will suffice.

Use Fibonacci Ratio Analysis to add  to your confidence

Having done a preliminary wave count, I use Fibonacci ratio analysis to become comfortable with that count. You will see that wave 3 has been completed at the top and there are five sub waves inside it. A careful observer will also see there are 5 sub waves inside wave 1.

You will succeed with Elliott Waves if you pay attention to many clues that come along the way. The personality of the wave, the distance it travels, and volume etc are all important. We cannot expect a computer program to judge these nuances correctly. We need to see the combinations ourselves. Needless to say, our Elliott wave analysis of Silver needs to follow all the rules and guidelines.

Having decided that wave 3 is finished, my next goal is to decide where wave 4 will likely end so that I can position myself for wave 5. Remember, my goal is to use the Elliott wave approach to trade in Silver in the short term after wave 4. Having experienced many such situations in my career, I am always aware that what looks like a wave 3 could end up as the end of a 3-wave correction! And instead of getting a wave 5, we might merely see a ‘B’ wave kind of a recovery before one more sell off.

So, while I am currently looking to trade wave 5, I also know that there is a need to be alert for any news that could change the picture, and hence be ready to run for cover. All the same, a low-risk trading opportunity is presenting itself, which we should take.

Deciding where to enter the Silver trade

Wave 4 will be in 3 steps, and if it is going to be a simple correction, we are already in wave c. The next step is to decide the target for wave c. The next chart shows that if we approach $16.82, that will be an extended wave 5 inside wave c. As you know from the Elliott Wave book , FWTFF, extended fifth waves could make you rich!

I took the trouble of looking at the minor wave v inside wave 5 and found that the target for that minor wave also came in close to $16.85 as shown in the Elliott Wave chart of Silver below.

Needless to say, the bottom came in at $16.93! And we promptly recovered to $17.55 by 3 pm on 16 June 2020.  We managed to use the Elliott Wave approach to trade Silver in the short term, after wave 4. And boy, was it profitable! That is the power of Elliott Waves. As disclosed, these are only part of the analysis shared to help you gain some more knowledge. The online Elliott Wave educational program discussed the nuances, and the actual analysis was sent to members before it cane below $17. This free blog exists as a living book, an extension of Five Waves to Financial Freedom.

Here is an additional link for your reference, and you will see how extended fifth waves can make you rich! https://wavetimes.com/fifth-wave-extensions-can-make-you-rich/ 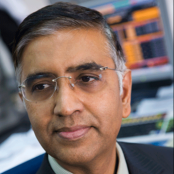