This article disucsses the outlook for Crude Oil after an extended wave 5 is completed. It originally appeared on WaveTimes on 8 May 2011, and is linked to my Elliott Wave book, “Five Waves to Financial Freedom”. I have republished it here with some additional helpful comments to enhance your learning of Elliott Wave analysis.

Many of you will remember that I had called for a sell-off in the price of Crude Oil from the $140 level to $50 in 2008. (see old posts in Wavetimes, especially how Fifth wave extensions can make you rich!).

The main reason for my bearish outlook for Crude Oil at that time was we had completed an extended 5th wave at $147. You are now seeing another such ‘magical moment’ when yet another extended 5th wave has been completed at $114.83. The new target for Oil is now just below $71, which means there is another 26% downside left. 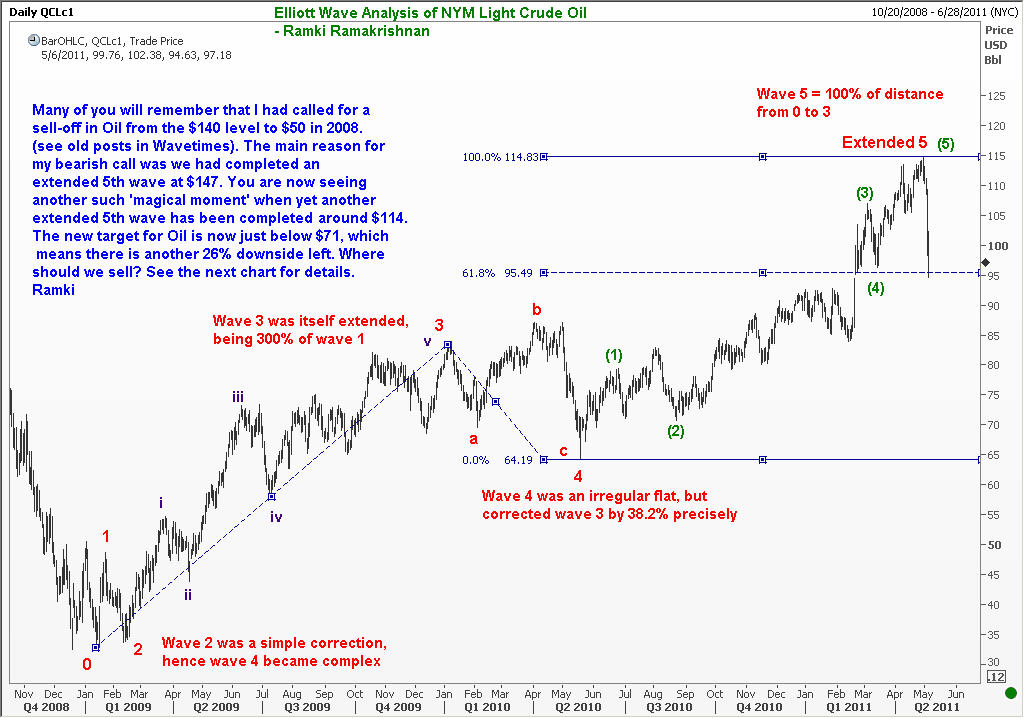 I never tire of repeating, nothing works like Elliott Wave analysis when it comes to the markets. The trouble is, one has to be alert to recognize the patterns as it is happening. For example, I could have warned you of the top if I was watching it every day.

Given the very bearish outlook for Crude Oil after the end of the extended wave 5, it is not too late even here. If Crude gets back to above 104, we would have missed only about $10 of the move. There is still about $25 left even from current levels!

Is it possible that I am wrong? Of course, I could be wrong. But we are working with stops, aren’t we? If you can afford a stop of $3 and make $30 in the bargain, I call that a fair risk-to-reward ratio! In case you are thinking of taking a short position in Crude Oil, I urge you to do the selling in stages. 104.30-70 is one level, but we also have 107 as the 61.8% pull back level. 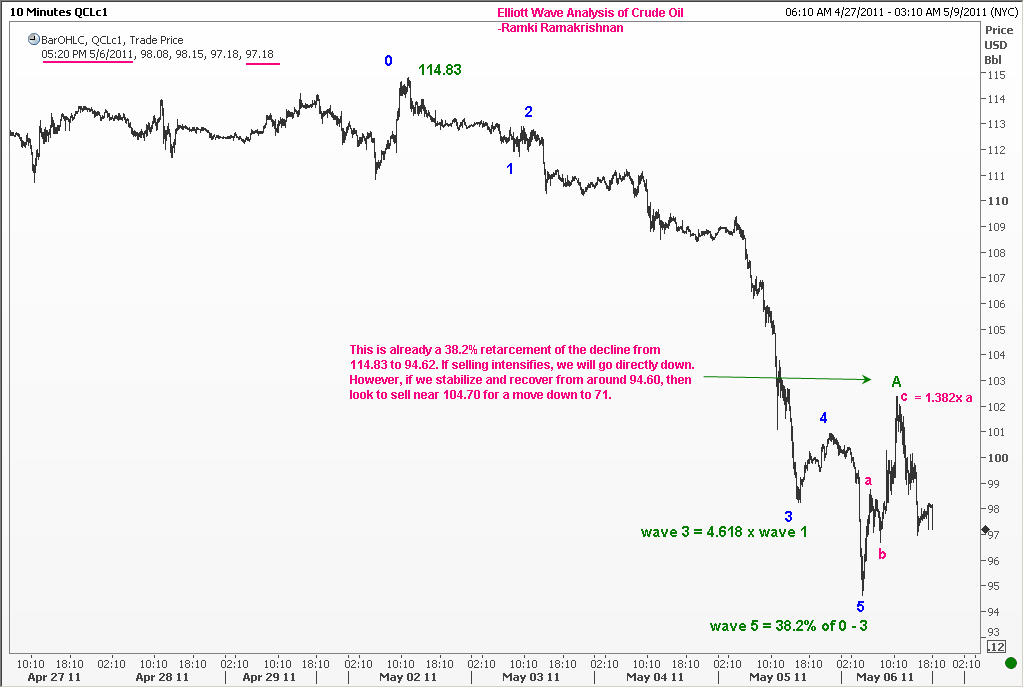 By leaving some room to add there you will be doing yourself a favor should the market decide to turn choppy. But the best way to add to your first position is when it starts moving in your favor. You might not catch the top doing that, but at least you would be trading with the trend! Good luck.

We discussed Crude Oil outlook after extended wave 5 was finished at the top. The Elliott Wave approach that we used has worked in the past, and will work in the future as well. You just need to be alert to capture these immensely profitable trading opportunities that come after an extdnded wave 5 is finished. My online course, How to Profit From Elliott Waves, teaches you the nuances. What is the outlook for Crude Oil